The saddest stories are the ones that are forgotten.  What stories have you forgotten?  Have you found any lost stories and brought them back to life?

Not long ago, I found the story of Barabbas.  Barabbas is the man in the Bible who was set free instead of Jesus just before the crucifixion.  Jesus went to his death and Barabbas, a known murderer and revolutionary, got to walk free.  (See Matthew 27, Mark 15, Luke 23, John 18)

Have you ever wondered what the rest of Barabbas’ story was like?  How did he become a revolutionary?  Who did he murder?  Did he revolt against the whole society, or just the Romans who were dictating the Jews?  Where did his life go wrong?  Did he reform after he was released?  Did he go on murdering?  Who was his family?  Did his mother try to stop him?  Did anybody love him?  Did Jesus’ sacrifice for him make an impact on him?

These questions about Barabbas’ story sparked my creativity to write a fictional story that brings back to life what his real story might have been like.  What is the story that has had the most impact on your life?  For me, it is the story of Jesus.  The story of the gospel.  It is because of that story that I am who I am.

Stories shape our lives.  Lost and found, they all have an impact somewhere. 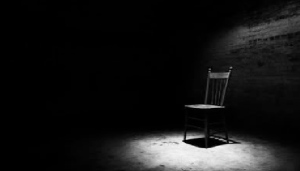